Do you ever find yourself frustrated while trying to have a debate with a liberal?  When all else fails and their heads haven’t exploded yet, resort to a meme that they can understand.  They seem to understand photos much easier than the written word.  Much like a 5 year old.

Here are some great Pro Trump Immigration Memes to share with liberals.  You will either win the debate, or they will rant a few incoherent words and go on their way.

Ok, this is a crazy concept… Stay away from the border if you can’t cross legally..  Don’t blame our President or make him out to be some tyrant because he is enforcing our laws!

Here is a common sense tip that may help migrants.. Know where the Port of Entry is.. Do it legally and stand in line! 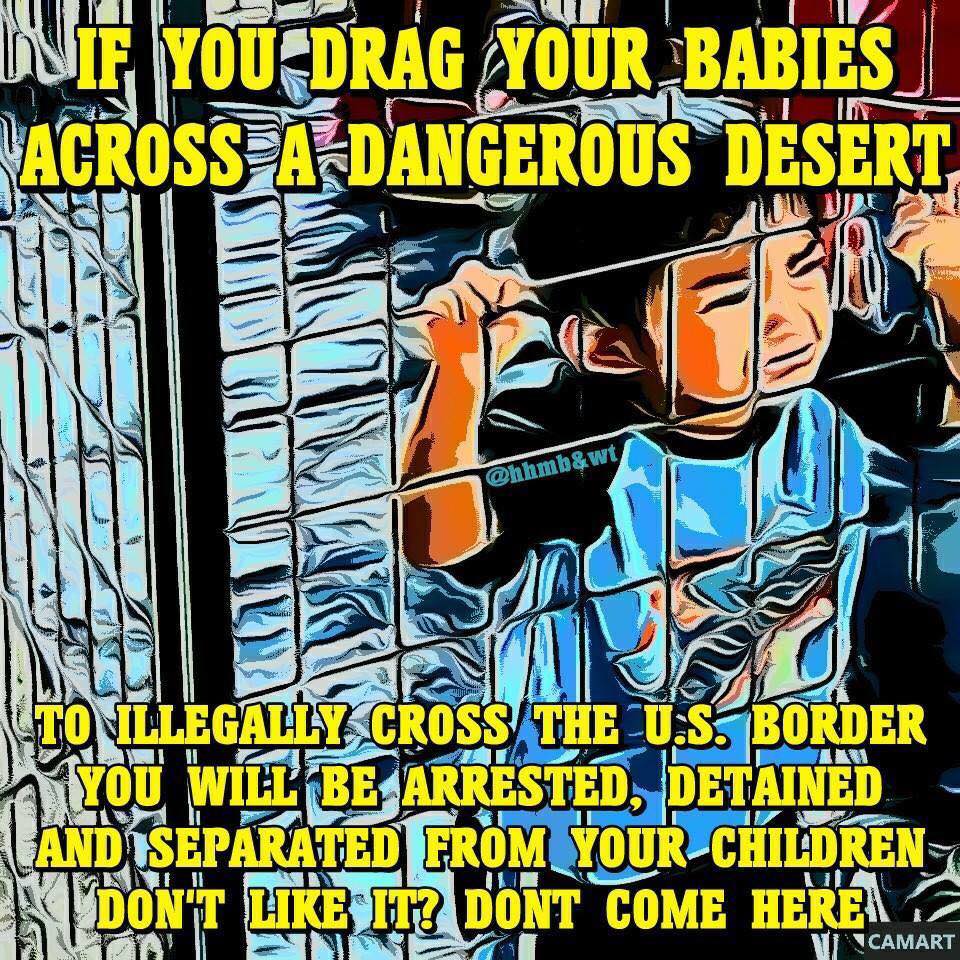 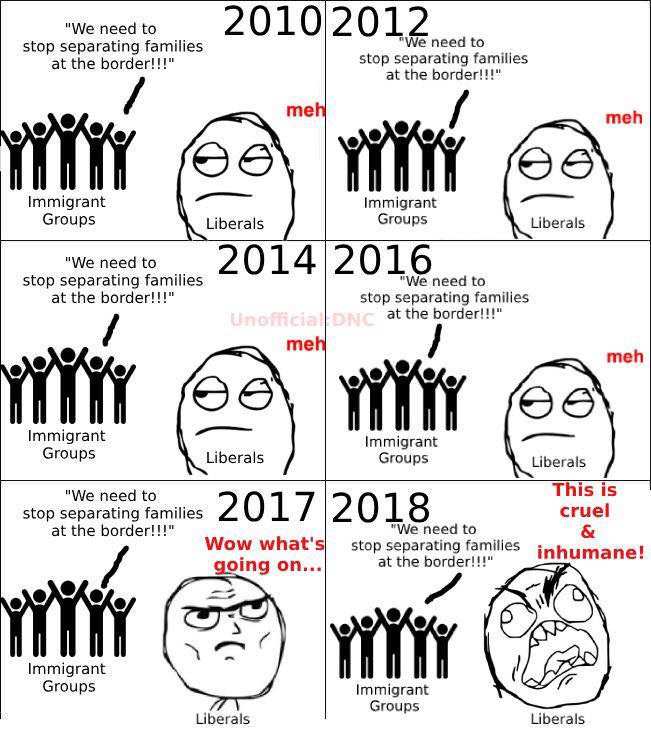 It’s very interesting how all of this fake outrage explodes over Fake News Media immediately after the IG report hearings start?  Coincidence?  I think not..  This was all coerced and planned.  Trump started the no tolerance border crossing back in April.. It’s now almost July..

In about a week the liberals will be upset about some new controversy once they see that the “border crisis” is losing traction.  This has happened repeatedly since Trump was lawfully voted into office.  Furthermore, we will like see fabricated (think “Russia….Russia…Russia….”) controversy throughout the rest of Donald Trump’s term.  Hopefully, we will have to deal with this until 2024!

Liberals are such blind sheep to their identity politics fake news leaders like CNN.. Did they even know children were being separated for years?  Or they just didn’t care until CNN told them to care? 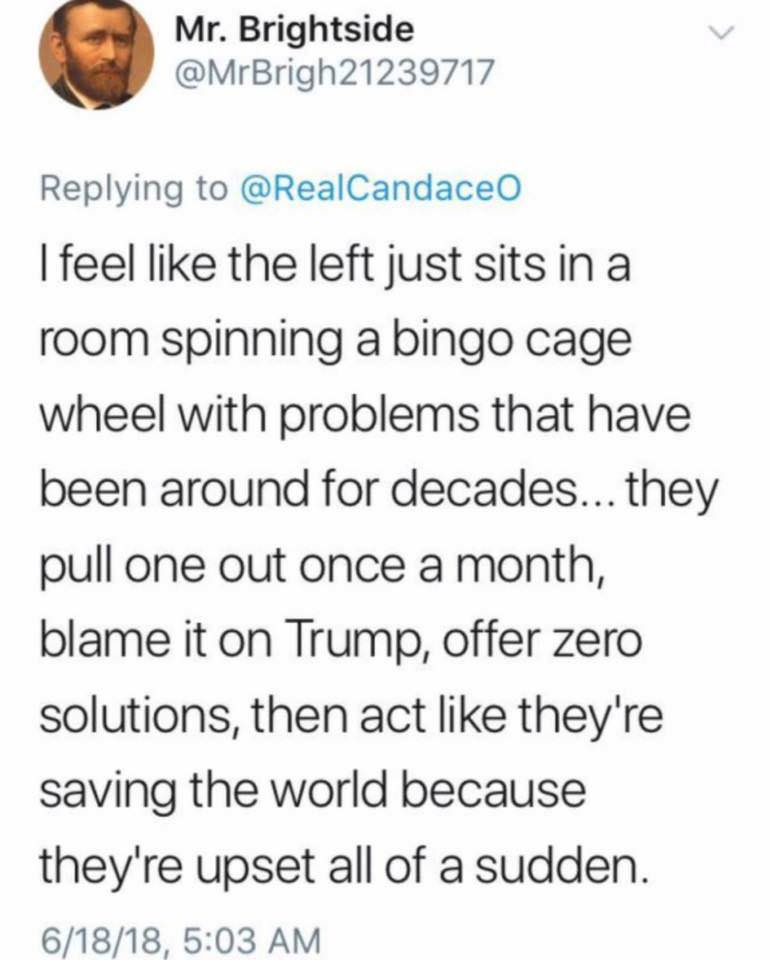 Here is a Twitter meme that says : “I feel like the left just sits in a room spinning a bingo cage wheel with problems that have been around for decades…   They pull one out once a month , blame it on Trump, offer zero solutions, then act like they’re saving the world because they’re upset all of the sudden.”

Truer words have never been spoken..  While Obama was President Chuck Schumer, Diane Feinstein, Hillary, and all the rest spoke out about how children should not be allowed entry into the U.S. just for crossing the border.  Now, all of the sudden President Trump enforces a law already on the books and he is a monster for separating children from their parent for breaking the law.

“Hey, Look Over There!  Be Outraged While the Smoke Clears Over Here!” 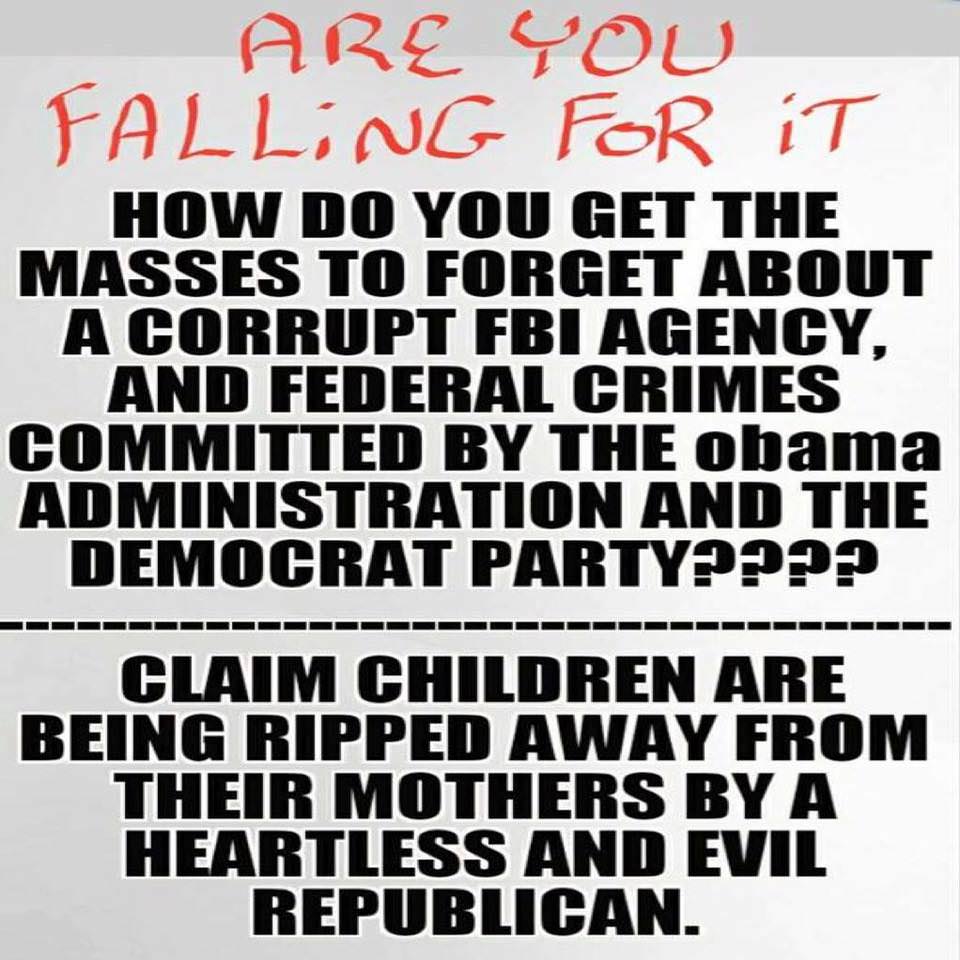 “How do you get the masses to forget about a corrupt FBI agency, and Federal crimes committed by the Obama administration and the Democratic Party?” ——– Claim children are being ripped away from their Mothers by a heartless and evil Republican..

We hope that you like today’s installment of Pro Trump Immigration Memes..  Don’t let the left distract you from what is really going on in this country.  Be strong, vigilant, and ever determined to help President Trump Make America Great Again!

While we have you here, can we get you to “Like Rinoswamp on Facebook?”  We hope that you will join our community of fellow like minded Patriots who truly desire for America to once again be great!

This article is written by Jeff Sullivan, contributor at Rinoswamp :

1 thought on “Trump Immigration Memes to Share to Liberals | Rinoswamp”